How I Got Into Computers Youth Edition

I’ve noticed a lot of activity on twitter recently, with the goal being to support and foster folks that are early in their career, or considering a career in computing. I think this is excellent, and this is at least the beginning of a contribution toward that end.

I grew up in a small town in the center of Minnesota, US. Actually I grew up about 12 miles out of town in the middle of hundreds of acres of forest, with our nearest neighbors at least a mile away.

My early exposure to technology was with telephones (much like the old-style hackers), except I didn’t get into phreaking. I did help my Dad wire phone lines in the house. I did get a solid understanding of party lines, and how various tones controlled the dialing system.

A party line was when households at the end of a phone circuit couldn’t afford to each have individual lines run to their home, so everyone shared the same “line”. Early on, when the phone rang, everyone’s phone rang. Later they at least had individual phones ring. In any case, before dialing a number, you had to pick up the phone and listen to see if someone was already talking on the phone from another household.

One of our neighbors was a Finnish immigrant, and you could always tell when she was on the phone because she’d be speaking Finnish at 1000 miles per hour to one of her friends. Then you knew the phone would be tied up for a couple hours at least!

I think my next exposure to tech was via Heathkit. Heathkit was (and apparently still is!!) a company that sold do-it-yourself kits of electronics. My Dad bought a kit to create a depth finder for a boat, and my brother and I helped him build the kit. I think we may have built some other things too, but I remember the depth finder, and I believe my Dad still has it to this day! 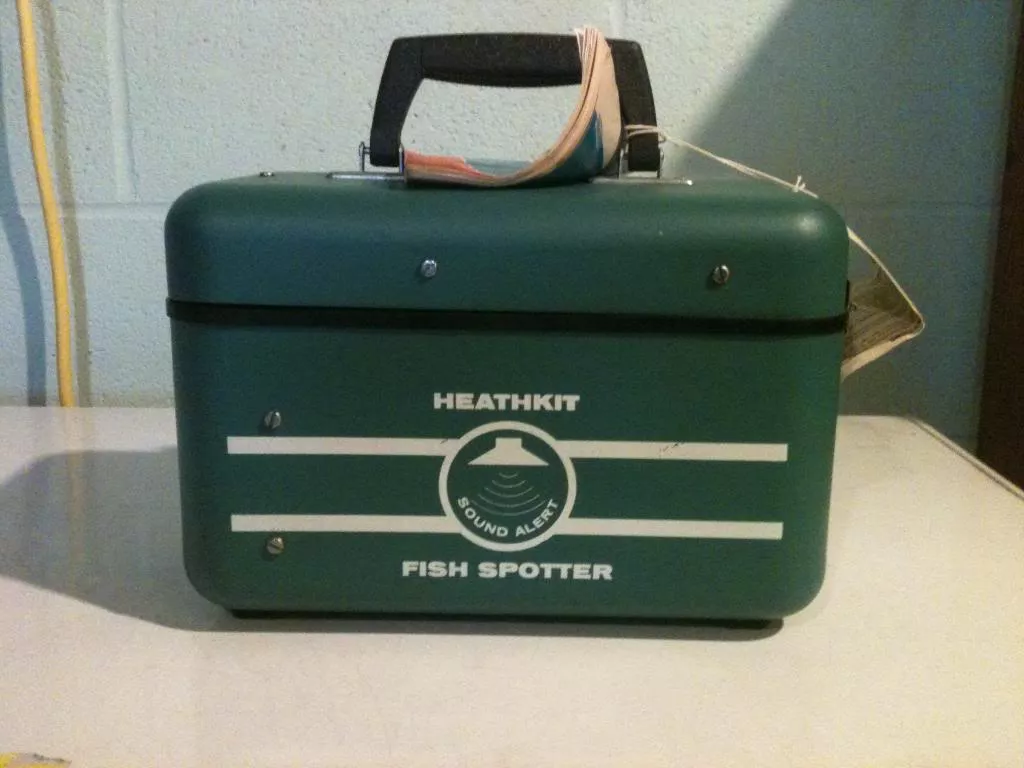 When I was in 8th grade, so about 12 or 13 years old, our school got access to a Cyber mainframe run by the Minnesota State University system (now known as MNSCU). We had access via a dial-up modem that ran at 110 baud. I’d dial the number on a rotary phone, wait to hear the modem tones, then put the headset of the phone into a foam receiver for our local modem. 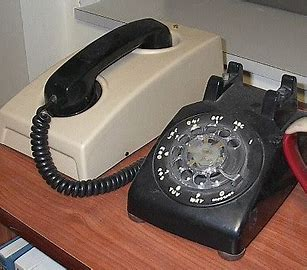 I had no idea how to program this thing, but I was able to dial in and play a couple early MUD (multi-user dungeon) games, and a space game where you could accelerate and rotate your spacecraft in real time (like “R90,5” would rotate 90 degrees at 5 degrees per second).

I was addicted. Our “terminal” was a paper printer that took double-wide green bar paper. I’d run through a box of paper, then rotate the paper three times to print on every inch of both sides. I don’t remember reloading the ink, so some teacher must have done that?

Not long after, we got our first Apple integer computers. Those had a game called Artillery where you’d provide an angle and power value to launch an “artillery shell” over hills to hit the target. This is where I started to learn “programming”, because you could use PEEK and POKE statements to examine and alter the values in specific memory addresses.

(I should note, that I was also in competitive speech and debate, and so traveled to other schools around central Minnesota. In those travels I encountered a small number of other like-minded kids and we compared notes, which is how I learned most of what I knew - community is everything! Each town/school tended to have 1-2 kids who liked computers, so we were a pretty exclusive group.)

It was a small step from PEEK and POKE to learning little bits and pieces of Apple BASIC. By this time I was in 10th grade or so I think? So 15-16 years old.

This was where things got tricky though. The only other person I know of who knew any programming was Mr. Johnson, who taught 8th grade (?) math. And he didn’t know much more than me, so we’d compare notes and struggle through basic concepts like bubble sorts and other algorithms necessary to write even the simplest programs.

Summer breaks were the worst. No access to the school, which was 12 miles away, and so no access to any computers. One summer I wrote an entire game on yellow legal pad paper. Mentally visualizing the code, what it would do, and debugging it in my mind.

That all sounds super amazing, but when I went to type it in I discovered that my mental debugging was pretty much worthless :) Still, I ultimately did build a super-simple space invaders clone, mostly on paper.

Which does remind me: arcades and video games were also a major inspiration for me. Asteriods and Space Invaders were everywhere. What really got me excited was when an advanced Asteroids game showed up where two arcade machines were connected and each player could see the other player’s ship on their screen! To this day I credit that game with my love of distributed computing.

My parents weren’t much on movies or TV, but I did somehow get exposure to Star Wars and Tron. These were also major influences on my love of tech. Especially Tron! What kid wouldn’t be captivated by the idea of being inside their own games!

That idea, btw, has aged well. My kids and their friends loved the “Sword Art Online” anime for example. And that’s just one of many retellings of the Tron idea of being transported into a game world.

When I was a senior in high school Mr. Johnson had received approval to each programming as a class. He used a Pascal compiler on some sort of Apple computers (IIc maybe?), and although I didn’t take the class I did dabble a bit with Pascal.

That’s probably enough for now. Covers at least the highlights of how I got into tech and software prior to heading off to university.